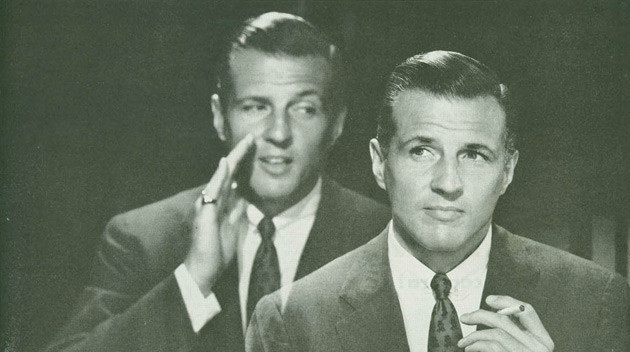 Throughout history, the human race has always been known for our desire for a quick fix, our tendency to leap before we look. Unfortunately, there have also always been people who are perfectly happy to take advantage of that inclination, often with tragic results.

If we’re lucky, the tragedy we suffer is to our wallet but, far too often, the damage comes at the expense of our physical or emotional well-being.

I’ve compiled a short list of trickster scams that have taken place in the past. Some are silly and others decidedly dark but all appear to be designed by con artists intent on separating John Q. Public from his hard-earned dollar.

So light up your chamomile candle, pour yourself a glass of something green and enjoy these 7 best ways to be healthy — without really trying. 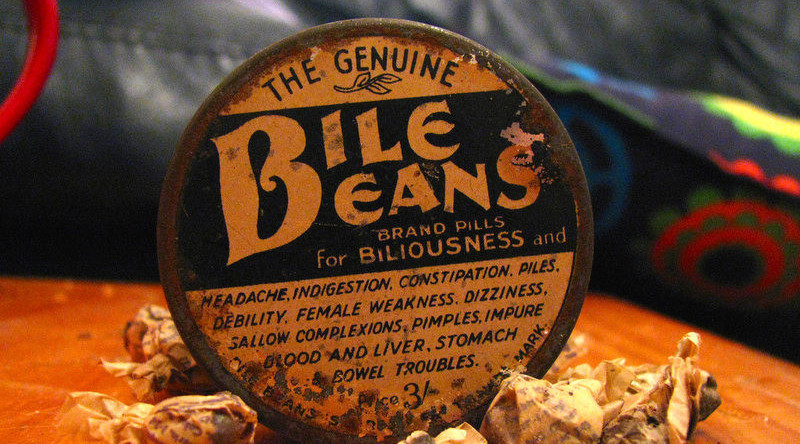 Candian salesman Charles E Fulford invented a product called Bile Beans to cure the condition of “biliousness” which was (apparently) caused by overconsumption and high living.  So, instead of cutting back on rich, fatty meals, it was possible to solve the problem with these coated pills made from laxatives, menthol and licorice.  It was later touted as a cure for influenza and headaches.  Amazingly, this product continued to be sold through the 1980s.

Charles came up with the idea in the 1890s when he was in Australia hawking a newly patented medicine invented by his uncle–Dr. Williams’ Pink Pills for Pale People.  Made from iron sulfate and Epsom salts, they claimed to cure pale and sallow complexions, as well as rheumatism, nervous headache and heart palpitations.  I guess the apple doesn’t fall far from the tree.

Another Round Of Radium, Anyone?

Radium was discovered by Pierre and Marie Curie in 1898.  Shortly after, an entrepreneur by the name of William J. A. Bailey (who possessed zero medical or scientific degrees) sold America on the idea that it was a cure for, well, just about anything.  Radium-infused lotions, blankets, suppositories and even injections were marketed with vague claims of aiding in the improvement of bodily health, manly courage, vigor, joyous vitality and female troubles.

In 1925, what might be the first energy drink was marketed.  Radithor was sold in 2-oz bottles and claimed to contain triple distilled water instilled at least 1 microcurie each of the radium 226 and 228 isotopes.  It was marketed as “Pure Sunshine In A Bottle”. This product finally came off the market in 1931 after the high-profile death of industrialist Eben Byers from radiation poisoning after consuming the drink daily for 2 ½ years. 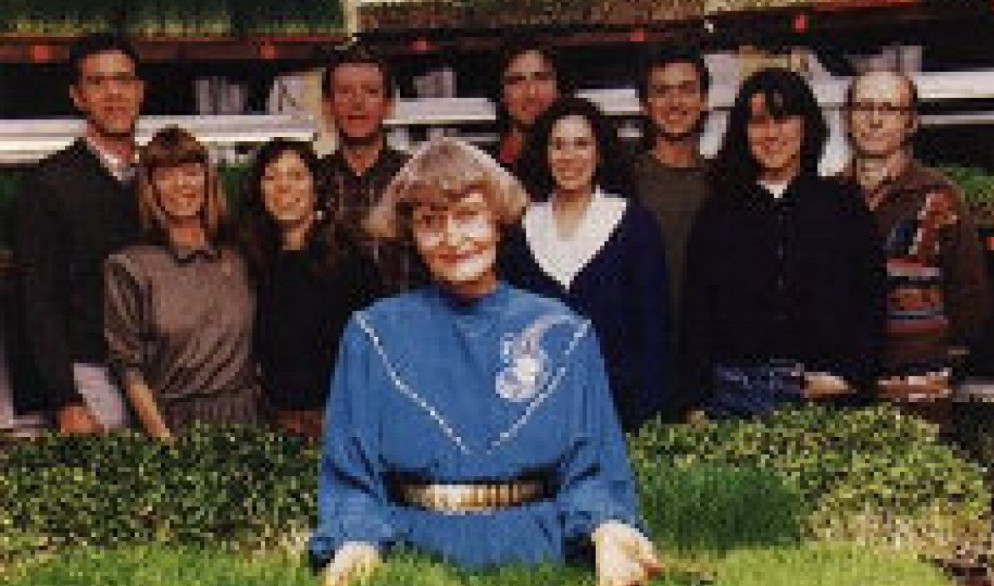 These days wheatgrass claims to be a superfood with all kinds of benefits such as lowering your blood pressure, stabilize blood sugars, improve cognitive function and boost your immune system.  The idea of wheatgrass being the holy grail of natural medicine was the brainchild of Ann Wigmore. Born in 1909, she was raised by her grandmother, a self-taught naturalist, who restored Ann’s health after beginning life as a sickly baby.  At some point, Ann began to believe that grass and weeds was the path to good health. She even credited eating grass for healing her two broken and gangrenous legs after a car crash when she was 18.

Soon enough, she began to refer to herself as Reverend Ann Wigmore and was preaching that grass and weeds were the manna referred to in the bible. She opened the Hippocrates Health Institute to promote the controversial claims that grass and weeds could cure everything from cancer to AIDS.  Despite having no science to back up her claims and having been sued twice, her institute (now renamed Ann Wigmore Natural Health Institute) continues to operate,  bringing in a net profit of over a million dollars in 2019, all of which is tax-exempt due to their non-profit status. 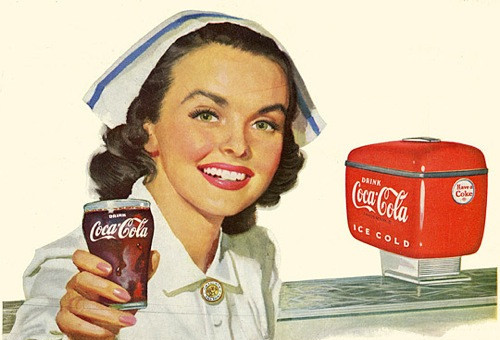 In the early 1900s, La Parle Obesity Soap promised to wash away fat, tone skin and firm up flabby muscles “without dieting or gymnastics”.  Turns out it was just soap.

The Molby Revolving Hammock claimed that laying facedown on their hammock was the secret to a long life, health and vitality.  “All the keen relish of a healthful existence comes to the man or woman whose spine is straight, strong and supple, with no tension on the sympathetic nervous system and with every spinal nerve relaxed.”

Upton Sinclair wrote “The Fasting Cure” in 1898, which promoted fasting as a healthy practice to improve health and cure disease.  Fasting has been promoted throughout history as a beneficial practice and still continues to have its advocates even today. The problem with Sinclair’s fasting ideas?  He claimed that fasting for 40-50 days uninterrupted could cure tuberculosis, syphilis, epilepsy, heart disease and cancer, among other ailments. And, no, he wasn’t a doctor.  He didn’t even play one on TV.

Do Me A Favor 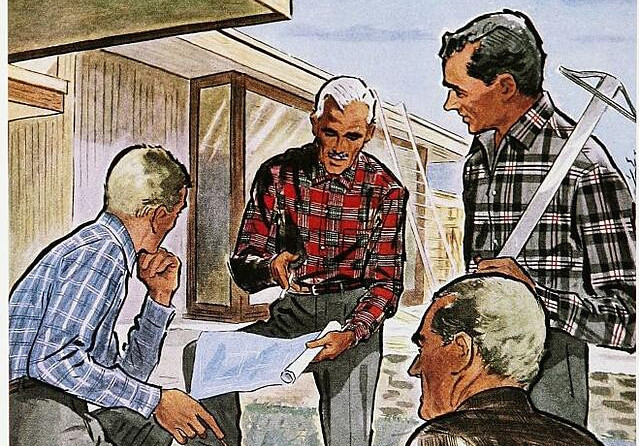 We’re fortunate in this day and age that we have ability to investigate the many miraculous claims that seem to come at us a mile a minute.  We literally have the information at our fingertips so do me a favor, would you?

As good as it sounds, take a minute to investigate before you dive into any new thing.  No, not just foods or health gadgets but anything that seems too good to be true. Keep in mind that there’s never a hurry.

Only six left?  Trust me, they’ll make more.  (Unless it’s a dud and then you can be thankful you didn’t waste your money!).  Offer only good for the next 15 minutes? Check in 14 minutes and I’ll bet you’ll still have 15 minutes. And why would they give you 15 minutes to make a decision?

Who does this?  Shysters, of course.  Shysters do this.

Anyone with a great product to offer welcomes the feedback you’re likely to find if you search it so give them the opportunity to show you that they’re the real deal.

What about you?  What “deals” have you seen or fallen for in the past?  Let me know in the comments below!