Yuhong’s Country Kitchen is here to show us how easy is to make Asian dumpling wrappers at home with 2 simple ingredients. You can use this recipe to make wontons, spring rolls and egg rolls as well! 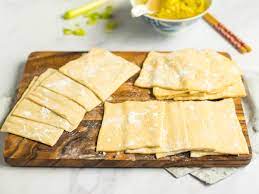