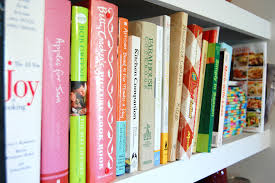 I am very grateful to all my friends, both new and established (Please note that I did not use the word “old”!) who take the time to visit this site, read my ramblings and try my recipes. I appreciate the thoughts, encouragement, ideas and recipes that you have shared and I hope we can continue this beautiful back and forth for a long, long time. But I also know, for sure, there’s another truth out there for many of us.

Sometimes you just want a book.

Cookbooks have the feel that many readers love. You can hold it, turn the pages, and feel the paper. It looks great on your bookshelf. As time goes on it gets well broken in, with frayed edges and splattered stains on the pages. (Or maybe that’s just me. Maybe I’m a sloppy cook.)

If this sounds like you, I’ve put together a selection of books you might enjoy, either in digital form or hard copy. 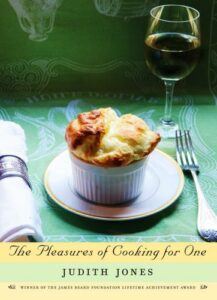 The Pleasures of Cooking for One – Judith Jones

After the death of Judith Jones’ husband in 1996, she took on the task of cooking for one and decided to write a book about it. This is a great book that includes kitchen tips, easy to understand French inspired recipes and “makeovers” for leftovers.

If you like gourmet food (or just want to Feel Fancy!), this is the book for you! Check out a preview here.

Judith Jones (1924-2011) was an American writer and editor. She was best known for her campaigns to publish The Diary of Anne Frank and Julia Child’s Mastering the Art of French Cooking, both of which she rescued from the reject pile. Her friendship with Julia Child is featured in the 2009 move “Julie and Julia”. 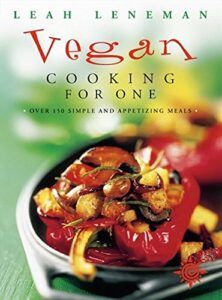 Vegan Cooking for One – Leah Leneman

Vegan Cooking for One is an updated version of Leah Lenemans’ 1989 book The Single Vegan, which sold over 600,000 copies. This cookbook offers over 200 diverse and seasonal recipes that tempt the taste buds, are easy to follow as well as being very simple and straightforward,

It offers weekly menus, which include shopping lists to make sure you have the ingredients you need for the week. In addition, you can take advantage of the seasonally based collections to make the best use of fresh, local produce. Check out a preview here.

Leah Leneman (1944-1999) was an American actor and author born and raised in California. She eventually moved to Scotland and, after receiving a history degree at the University of Edinburgh, pursued an academic career built around independent research and writing geared towards depiction of the women’s suffrage movement in Scotland. After becoming vegan in her twenties, she also authored a number of vegan cookbooks. 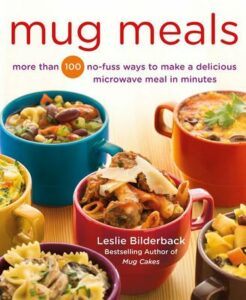 Mugs aren’t just for coffee anymore!! This amazing book has over 100 recipes to make right in your microwave, with a wild variety of options for any meal, snack or dessert. Chili Con Carne? Beef Stroganoff? Poached Salmon? Yes, please! Brownie-in-a-mug? Of course it’s there.

This book is a must-have for those with limited cooking facilities, new cooks or those of us who are just plain busy! Check out a preview here.

Leslie Bilderback is a Certified Master Baker and has been a chef for nearly 20 years. She is a graduate of the California Culinary Academy and was one of the first instructors at the California School of Culinary Arts. She went on to become the Executive Chef and helped guide the school as it partnered with Le Cordon Bleu. In 2002, she was a finalist on Team USA at the Coup du Monde de la Boulangerie, an international, invitational artisan baking competition held in Paris, France. 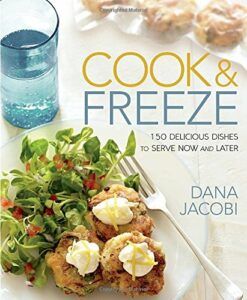 Dana Jacobi tuned into freezing serving-sized meals when she became a caregiver to her parents. She wanted to serve them healthy, nutritious meals but soon found that cooking and delivering meals every day was an impossible task. Luckily for us, this cookbook fits nicely into what we’ve been talking about here on this site. She covers the basics of freezer storage, organization and reheating as well as 150 delicious recipes.

In addition to writing cookbooks, Dana Jacobi writes the nationally syndicated column “Something Different,” and has been featured in a number of national publications including Cooling Light, Eating Well and The New York Times. Her healthy approach to cooking has been endorsed by American Institute for Cancer Research and her work published in Diabetic Gourmet Magazine, Vegetarian Times and Prevention. 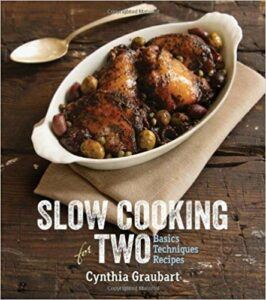 Here’s what we’ve all been looking for! Slow cooker recipes of all types! It’s great for those with limited cooking facilities or abilities, hot weather or if your only wish is to have dinner cook itself.

The ingredients are basic while still being whole foods and even has entries that will make two different recipes in the same pot at the same time! Click here to see a preview.

In 2004, she garnered national attention with the publication of her book “The One Armed Cook”, aimed at the challenges of young families in creating healthy meals. She went on to create a weekly food e-newsletter for Nickelodeon’s on-line parenting portal, ParentsConnect. In 2014, she won the James Beard Best Cookbook Award for her 2012 publication “Mastering the Art of Southern Cooking”. She was named a Georgia Grown Executive Chef in 2017 and has recently released her 8th cookbook

What are you waiting for? 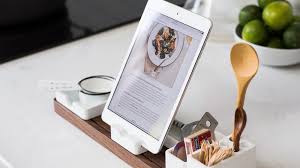 These books look so good I can almost smell the food cooking. Which one will you choose? Let me know in the comments below! And don’t forget to come back to let me know which one has your (new) your favorite recipe.

What are you waiting for?